Concrete Restoration at the Guggenheim Museum

The art museum’s exterior concrete rotunda wall, which corkscrews outward as the building gets taller, was beset by hundreds of cracks ranging from hairlines to those that exposed steel reinforcement bars buried in 5-inch-thick (12.7 cm) concrete. And that’s just what Guggenheim’s team of architects, engineers, and restoration experts could see! Who knew what else lie beneath 12 layers of coatings applied over the decades?

Using laser scan imaging and ground penetrating radar to create a 3D view that included buried steel reinforcements, the team came up with a repair plan. But first, they had to remove 50,000 square feet (4,645 m²) of old coatings, and this presented a problem.

Restoring Concrete with an Artist’s Touch

Even with dust containment, Guggenheim officials were concerned that conventional blasting might expose pedestrians, automobiles, and nearby high-profile residences to fine dust and other contaminants. They needed a method to efficiently remove residual coatings and properly prepare for a new coating system—but with an artist’s touch—to only slightly abrade the existing substrate while minimizing airborne contaminants.

After an exhaustive test process involving a wide range of potential blast media and application methods, the Guggenheim restoration experts selected Sponge-Jet Sponge Media™, which is designed to provide dry, low-dust, low-rebound micro-abrasion. As the name implies, Sponge-Jet works by firing sponge-coated blast media at the substrate. Individual sponge-like granules strike the surface, remove coatings, and entrap up to 99 percent of what would otherwise become airborne contaminants. Spent granules are vacuumed, fed through a recycler to separate out abraded coatings, and reused. Sponge-Jet Silver 120 Sponge Media™ was selected for speed of base-coatings removal and that it created a fine profile to which new coatings could adhere, but without altering the building’s original texture. 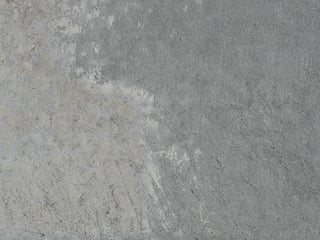 "The concrete surfaces could not be wet during the cleaning process because water would accelerate rusting of the reinforcing mesh just under the surface of the concrete," stated Andrew Wilson of the restoration contracting firm Nicholson & Galloway. "Therefore a dry system needed to be used."

Nicholson & Galloway knows they made the right decision to partner with Sponge-Jet on the four-year, $29 million Guggenheim Museum project.

While traditional engineering controls for blasting with silica abrasives offer some benefit, the best way to safeguard workers and those nearby is to, “Replace crystalline silica materials with safer substitutes, whenever possible,” according to OSHA’s Crystalline Silica Exposure fact sheet. Sponge-Media is deemed “less toxic” by OSHA and limits up to 99 percent of dust at the source of generation.

"We were very happy with the system, particularly the low-dust aspect,” said Wilson. 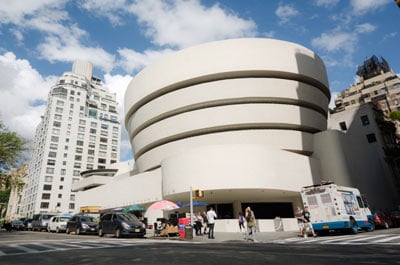