Ellis Island Gets Facelift with Help from Sponge-Jet

The main entrance, an extended portico, leading into the great hall of Ellis Island National Museum of Immigration (NY, USA) required a face lift. Suffering from exposure to the brackish Hudson River salt-spray, the ±625 micron (±25-mil) old coating system was failing and previewing spot corrosion over much of its steel structure.

An abrasive blasting and painting contra 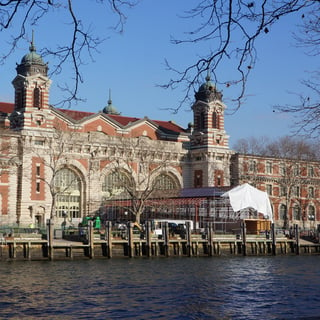 ctor was charged to remove all coatings and corrosion, leaving a SSPC SP-10 / Sa2.5 / NACE 2 - Near-White Blast Cleaning surface with a 75micron (3mil) profile; they would then apply a new coating system. With thousands of guests, organized school trips, and tour visits each day, museum officials in tandem with Department of Interior and the National Park Service rightly chose to keep the museum on its regular operating schedule. Sponge-Jet Silver 30 Sponge Media™ abrasives were used on the project for several reasons:

After two weeks of Sponge Blasting and one week of coating application, the 2,300 m² (25,000 ft²) steel façade was completed. The circa 1900, Beaux-Arts masterpiece will seamlessly continue to educate visitors on early American ancestry and immigration for the years to come. 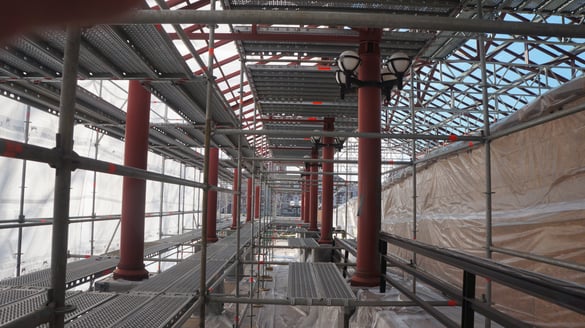