This turn-of-the-century lighthouse, also known as Hockomock Head Lighthouse or Swan’s Island Lighthouse provided fisherman and their schooners a beacon for safe travel in busy Penobscot Bay (ME, USA) starting in 1872 and still acts as a navigation aid today. In 1988 the lighthouse was added to the Register of Historic Places. In 1994 the US Coast Guard deeded the light station to the Town of Swan’s Island and by 2000 the Friends of Swan Island Light began working on a long-needed preservation plan. The plan called for adaptive public use while restoring each of the four buildings including the light tower. 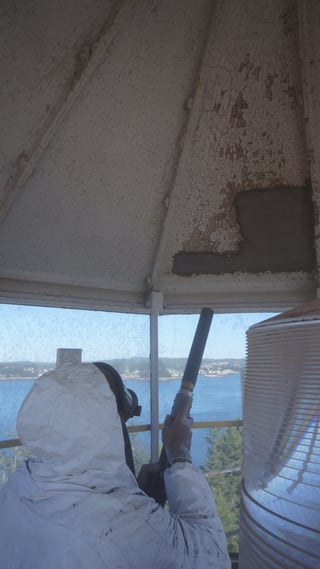 Focusing on the light tower, watch room and other interior spaces during 2015 the restoration architects, Historic Building Architects (HBA), created a two-phase plan with Phase 1 focusing on interior restoration and Phase 2 focusing on exterior restoration. Part of the lighthouse’s rehabilitation plan called for complete coating removal and surface preparation for a new coating system. The lantern and its base, parapet walls, stairs, window frames and mullions as well as the dome ceiling and the station’s square iron platform had ±20 layers of paint and at least one lead-based coating layer. All had to be removed.

The architect-specified technology was Sponge-Jet; chosen because of its dry, dustless / dust-suppressing process characteristics. The ability to reduce the concentration of potential Air Hazardous Pollutants (or HAPs) is a major benefit to the process because it helps to protect the blaster and surrounding workers in the blast area from exposure to respirable toxic lead. It also reduces HAPs outside of containment should it be compromised.

Years of solar gain and exposure to harsh coastal climates (hot/cold weather, humidity and salt water spray) lead to accelerated and continuous need for coating repairs. Silver 60 Sponge Media™ micro-abrasives were used on the cast iron substrates to remove all coatings including lead-based coating layers. Other removed coating types consisted of spar varnish, lamp-black,  aluminum-based, oil-based and white-wash coatings which were all common to historic lighthouses at some point during the station’s history. Silver 60 Sponge Media micro-abrasives provide a ±63 micron (±2.5 mil) profile in steel, which conformed to the coating specifications. 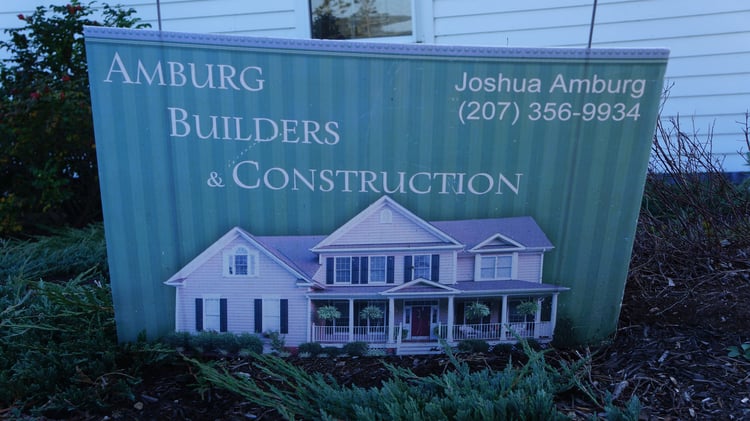